PHANTASM: The Lady In Lavender Has Some Killer Balls 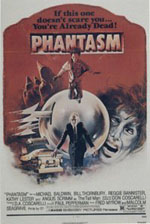 First of all, let it be known: any horror flick that opens its first scene with a steamy hot passionate love making scene in a cemetery, has gotta be alright. However, I can only hope that Tommy was wearing proper protection on his headstone during this entire ordeal.

Tommy moans in extreme pleasure, “Oh baby, that was great.” Okay, he obviously got his rocks off! The big question though, did he satisfy his partner? I’m afraid not. The luscious “Lady In Lavender” proceeded to take part in a boob revealing stab scene, against a partially-erect sprawled out Tommy. And just when you thought this was another one of those cliché killings where the “hot chick” kills her lover over a poor sexual performance, it can only get worse. She turns out to be a really old tall dude. I can’t believe Tommy had sex with that guy. 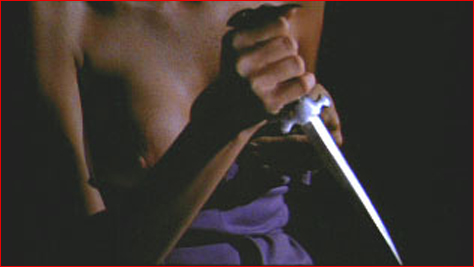 There’s also some sort of murder cover-up involved here. Tommy’s two friends, Jody and Reggie, have somehow been brainwashed to think that he killed himself. GEEE, I suppose it’s normal that they found Tommy in the cemetery without any pants on, sporting a self inflicted stab wound??? Something just isn’t adding up here!

Anyhow, to make matters even uglier, Tommy’s death has broken up the town's only folk-rock band, which consisted of front-man vocalist/guitarist, Jody; and rockin’ “Hot As Love” guitarist/town ice-cream vendor, Reggie. “What a way to end a trio!” 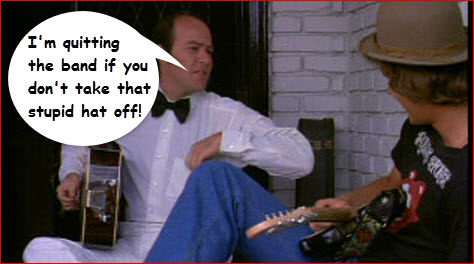 Tommy’s final resting scene was a grim sight. I don’t know about you but, “funerals just give me the creeps.” Jody’s little bro Mike, who was asked NOT to attend the funeral (due to a possible trauma that he could experience at a later date), was still sneaking around and spying on Tommy’s grave-side cemetery service anyway. After the mourning visitor clan left the funeral scene, Mike saw something, “something really scary!” That old tall dude picked up Tommy’s coffin all by himself, shoving it into his 'always convenient' body-hauling-hearse. That’s pretty crazy, considering that the thing “weighed over 500Ibs.”

Mike really got freaked out about this and jetted straight to the neighborhood fortune teller for further analysis of the situation. That didn’t do any good though; as the old decrepit psychic told him “not to fear,” and that he just had an “over-active imagination!” That’s a typical youngster for ya.

Later that same night, Jody drives his groovy black Cuda to Dunes Cantina (est. 1956), and get this…he gets picked up by that same hot honey that yanked Tommy’s life line (as well as his testies) off the hook. Jody and his friendly companion head to the graves for a lil’ suck face. I guess that’s the only thing to do in this town?

"Started off as a harmless bird watching outing!"

Being followed and spied on as always, by his kid bro Mike, Jody gets as far as revealing two bare boobies and some ‘teeth-pulled’ panties before a screaming out-break occurs. Mike’s over-active imagination ruins Jody’s chance for some “hot grave penetration,” but gains more life on this breath-o-meter gauge, at least for now. 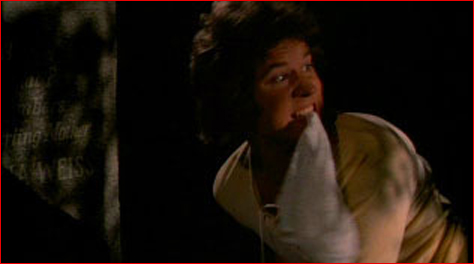 "Panties taste spicier in the cemetery!"

It takes a while, but eventually Mike convinces Jody there is definitely something very weird going on in this town.

The nucleus of the evil is rooted back to the ever-so-spooky Morningside Mausoleum/Cemetery. The old tall dude, or better known as “The Tall Man,” has adapted a real knack for killing everyone in town and crushing their bodies to half size, making very adorable, cute and snuggly little dwarves. From this point, the dwarves are shipped off as slaves, to work on this red hot planet in the Tall Man’s other dimension. This sounds pretty gosh darn exciting to me!

Jody, Reggie and Mike proceed with their precious lives, to try and put a stop to the Tall Man, once and for all! However, they find their hopes turning for the complete worst, as the Tall Dude gives them one hell of a battle. “He’s one strong mutha’.” 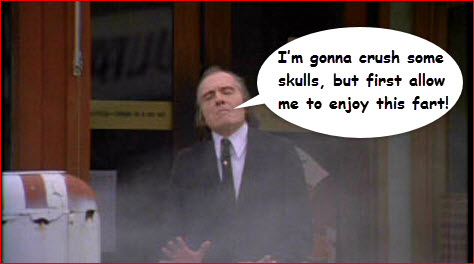 The Tall Man has all the ‘silver ball’ back-up he could ever have hope for too. Just step one foot inside his mausoleum, and he will unleash one of his brain-sucking flying spheres at your skull. It’s a situation you’ll likely lose your mind over!

After further mausoleum confrontation, our faithful pal Reggie gets stabbed by none other than the Lady In Lavender. And as always, after her stab is complete, she changes her cheek-pinching face, back into her Tall Man costume.

To avenge Reggie’s death, Jody and Mike are more determined then ever before to take on the evil Tall Dude, to put an end to his disgusting metamorphosizin’, cross-dressin’ habits. After they con him into a high speed foot chase with Mike, is victory near? The deep woods marathon eventually sends the Tall Man tumbling to the bottom of an old deserted mine shaft. Oh how convenient is that? Why the hell couldn’t I find a mine shaft when I needed one last time? 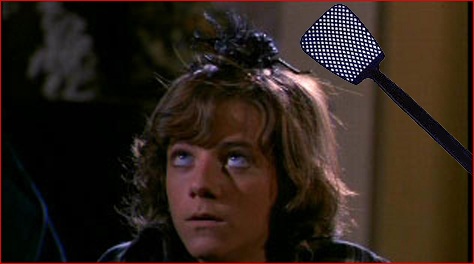 Soon there after, Mike wakes up from a bad dream featuring Jody getting killed by the Tall Man. As the sweat beads run down Mike's face, Reggie is right by his side, giving him all of the comfort that he needs. But hey, wait a minute. Didn’t Reggie get murdered already??? What the heck is he still doing alive?

Now Reggie proceeds to tell Mike that “Jody died in a car wreck?” The whole thing must have been a dream? Or was it?

Reggie continues to give Mike relief and suggests a much needed “change of scenery” for the both of them. Anyone could certainly use a vacation after a dream like that, but there’s a really big problem ahead and it’s not gonna go away too easily. Mike trots upstairs to gather his gear only to find the Tall Man hanging out in his room. “BBBBBOOOOYYYYYYYYYYYYYYYY,” foams from the great Tall Dude’s vocal chords, as he cues a couple of those loveable dwarves to send Mike splashing into his bedroom mirror. Man, that’s gotta hurt!!! 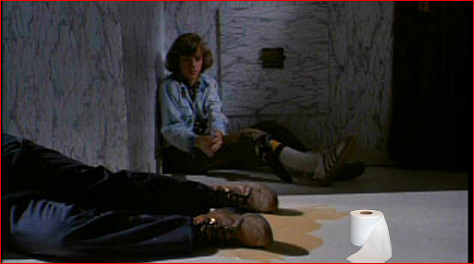 "Lying in a pool of your own urination is against mausoleum policy!"

Since it is unclear about the mystery of whether this flick was a dream or not a dream, it’s gonna be very hard to give a final death count. We will have to assume that Phantasm was just a total figment of our imagination and not a single character died in it. If you are convinced that this was not a dream, please seek psychiatric assistance immediately. I’m really worried about you.